Why We Chose Crosswalks

The second phase of our project began with us choosing our methods, and then implementing them in the following order- Role-Playing, Directed Storytelling, and Graffiti Walls. 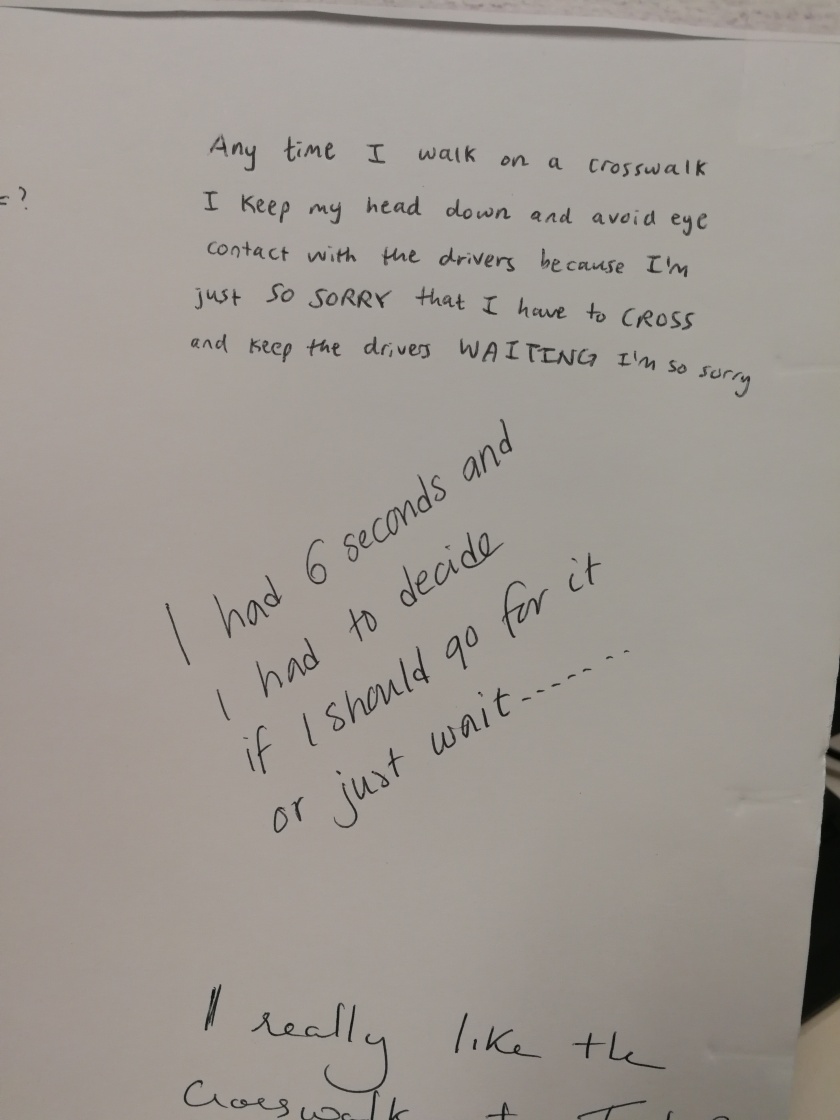 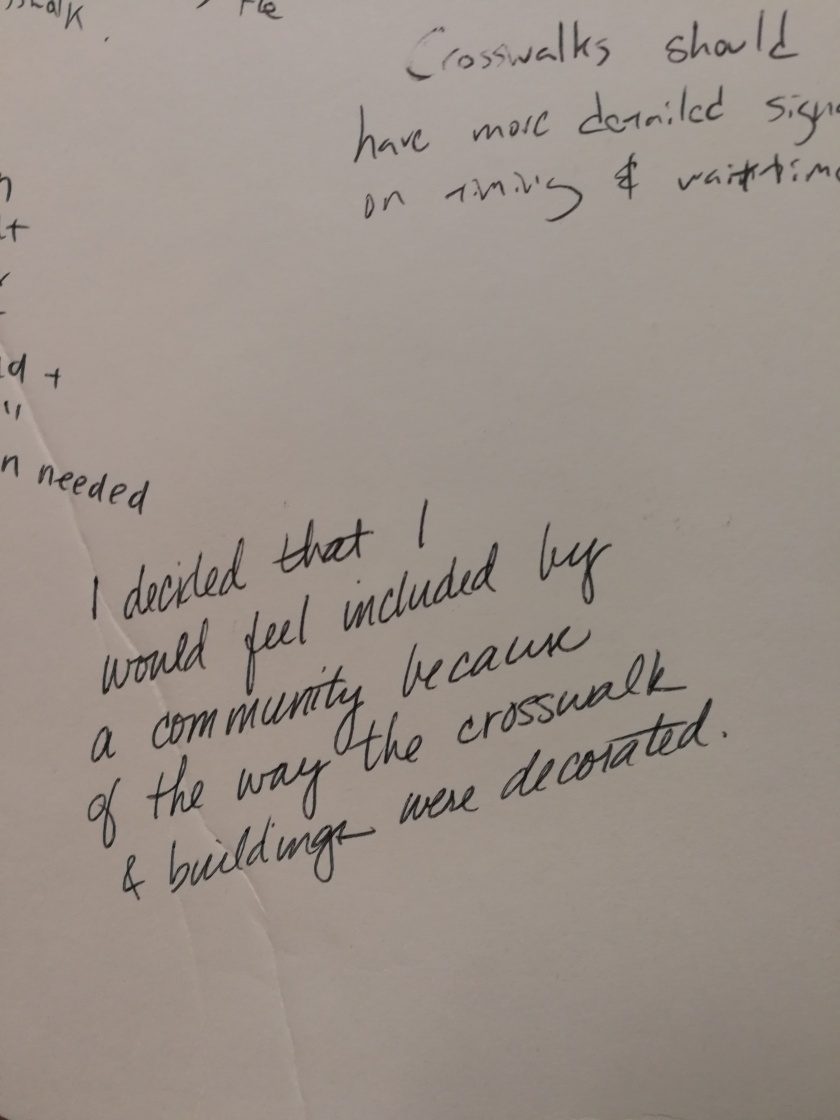 As one can observe, we gathered a lot of data. We tried to make sense of it, tagging and cross-referencing. But just as important was the way we asked our questions. That exposed us to the reality that we were directing our subjects with those questions. Therefore, with the help of the graffiti wall method, we took ourselves out of the question so that other people could put themselves in. Everyone had a relevant experience, especially with the mundane and the everyday. Any one of these themes could make for a fertile research question. Many people remember the dramatic. Near misses and accidents are often top of mind. Yet it was the unexpected social space of this transient moment—friends met in passing, the rainbow design, the political statement—that are grounds for the most interesting questions. Perhaps it’s better to go in without a pre-existing question? If we were to continue this inquiry, we might look at way we could redesign the crosswalk as a social space. To make it more than mundane.

To make it unexpected… and extraordinary.